In 2011, within the framework of the reorganization of the Ministry of Environment and Spatial Planning, based on the 2010-2014 Strategic Development Plan of MESP and with the decision of the Kosovo Government no. 09/26, Minister of Environment and Spatial Planning Dardan Gashi has signed the Administrative Instruction No. 13 on the Organizational Structure and Responsibilities of the Kosovo Environmental Protection Agency. According to this Administrative Instruction, KHMI passes as a constituent part of the organizational structure of KEPA which is organized in the Institute, Director, Division, Sector and Unit. Now the Hydrometeorological Institute has the status of a governmental institution whose organizational structure is presented in the organization chart provided at www.ammk-rks.net and at www.ihmk-rks.net 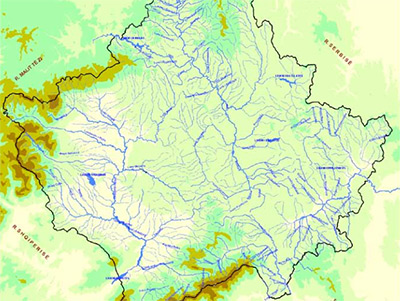 Air quality monitoring network of the Republic of Kosovo